To wright "नेपाली" type "Nepali" and press space. Type in Nepali (Press Ctrl+g to toggle between English and Nepali) 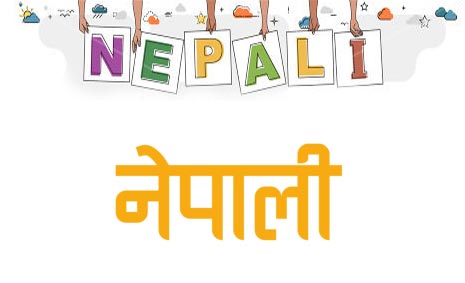 Nepali is an Indo-Aryan dialect got from Sanskrit. It is the official dialect of Nepal. It is talked primarily by Khas individuals in Nepal and by a noteworthy number of Bhutanese and some Burmese individuals. In India, the Nepali dialect is recorded in the Eighth Schedule to the Constitution of India as an Indian dialect having an official status in the Indian province of Sikkim and in West Bengal's Darjeeling region. Nepali created in closeness to various Indo-Aryan dialects, most quite the Pahari dialects and Maithili, and shows Sanskrit impacts. Be that as it may, attributable to Nepal's geological zone, it has likewise been impacted by Tibeto-Burman dialects. Nepali is primarily separated from Central Pahari, both in punctuation and vocabulary, by Tibeto-Burman figures of speech attributable to close contact with the individual dialect gathering.
Generally, the dialect is accepted to have been initially called Khas dialect, at that point Gorkhali before the term Nepali was received. In 1920, amid the Rana administration in Nepal, the expression "Nepal" which took after the Nepal Mandala was taken from its kin. Not long after from that point onward, Nepal Bhasa was renamed into Newari and the Parbate/Khas dialect assumed control as the dialect of Nepal.